In Part One of this column, I wrote about the opportunities for IT investment in some key Gulf states: Saudi Arabia, UAE, Qatar, Oman and Kuwait. I looked at different factors like the rate of outsourcing and openness to foreign workers in each country, and I explained why it was a natural decision for Monstar Lab to open our first Middle Eastern office in Dubai.

In Part Two, I would like to focus on two more countries in the region that we are looking at closely for future investment and expansion. One is Bahrain, which like the UAE is very internationalized. The other is Turkey, which already has a well-developed IT sector of its own.

Bahrain is a gateway for the GCC (Gulf Cooperation Council) countries

Bahrain’s population is 1.5 million and more than 50% is made up of foreign workers and their families. Although it is smaller than Dubai, Qatar and Doha in terms of population, Bahrain provides excellent access to other GCC countries due to its geographical location and favorable business climate. For these reasons, Bahrain is positioning itself as a gateway for the GCC countries, like a Singapore of the Middle East.

Bahrain has certain advantages over its neighbors that it is keen to emphasize. It is not as expensive nor as competitive as Dubai. It is also relatively open compared to neighboring states. Qatar recently broke off diplomatic relationships with GCC countries, while Saudi Arabia and Kuwait are closed countries with visa restrictions for foreigners.

Just like in Dubai, there are many Indian companies active in Bahrain’s IT sector. The sector is being promoted with BITEX conferences inspired by Dubai’s largest tech conference GITEX. The government is proactively appealing to foreign companies to invest in Bahrain, to the extent that you will now see many places serving alcoholic drinks.

Like many global IT firms, we are interested in Bahrain. However, it may not be the best place to establish a regional head office in the Middle East. As there are still only a few foreign companies which have strong business channels with the UAE or Saudi Arabia, there are good reasons to be based in Dubai or Riyadh.

Saudi Arabia is the biggest market among the GCC countries, but visas for foreigners are restricted due to “Saudinization”. For that reason, foreign companies should consider establishing a corporate office in Riyadh supported by bridge hubs staffed by foreign talent in Bahrain.

Turkey could become an attractive market

Turkey is an Islamic country but not an Arabic-speaking country, which is rare in the Middle East. The cultural climate is also more liberal than in other Islamic countries.

Turkey’s GDP is one of the highest in the Middle East and it also has a strong financial sector. However, there have been some major corporate bankruptcies and the cost of living has fallen due to the crash of the Turkish Lira in 2018. 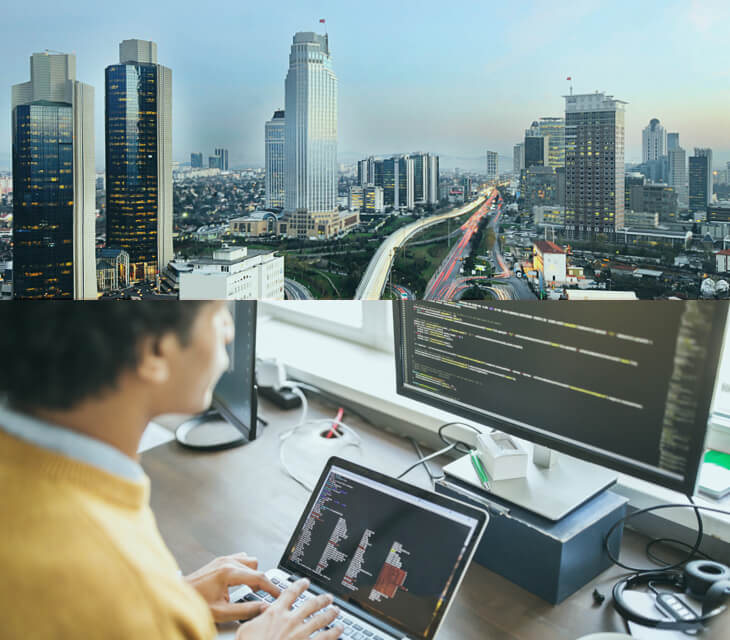 Turkey has also accepted more than 3.5 millions of refugees from Syria in recent years. One might think that having so many refugees is a burden for the country in the short term, but they can be integrated into the workforce and make the Turkish market more competitive. Overall, the ratio of foreign talent in the workforce remains low because the government restricts visas for foreign engineers or other highly skilled professionals.

At the same time, there are some well-established IT companies in Turkey, and they boast a lot of senior-level talent. Some of these companies have outsourcing contracts with countries where labor costs are higher such as the US, Germany and the UK, which also have significant Turkish expat populations.

Turkey can be considered a middle-class country. But compared to other middle-class countries such as South Korea, Thailand, Malaysia and Mexico, the Turkish market is smaller. Inflation due to the Turkish Lira crash has also caused labor costs to rise and destabilized the domestic economy. However, in the mid to long-term, the Turkish market could still become attractive as it has definite potential for growth. It is a market which we at Monstar Lab are watching closely.

So that ends my tour of the Middle East, where not only oil and other local industries but also IT businesses have been driving the regional economy. The number of people, both local and foreign, employed in IT businesses is also on the increase.

The business culture of the Middle East is dynamic and projects can move very quickly once all stakeholders are aligned. An example of this is the food-delivery app we recently built for Careem, a ride-hailing service based in Dubai. This project, which included not only the user interface but also the technical infrastructure, was rolled out in just four months thanks to an incredible collaboration effort between Careem and our offices in Dubai and Europe.

Monstar Lab’s global teams are engaged in hundreds of projects in every region, including the Middle East. We can even collaborate with teams in neighboring countries for those regions where we haven’t yet established a hub.