Let’s be honest, surveys can be tedious. Who wants to sit around answering questions all day? The thing is, surveys are also incredibly useful. In fact, they’re one of the best methods we have for collecting targeted data. The only problem is getting people to take them, even when there was the possibility of a prize. That was the challenge SurveyMonkey presented to the team at Fuzz, with the hypothesis that users wanted a larger menu of possible prizes and rewards than they currently offered. Fuzz worked with the SurveyMonkey team to uncover the path to success – a simple app with fewer reward options that were easier to redeem – one that would function more like a game than a survey. They distilled the experience to clarify the value proposition to users: complete a survey, earn money every time. The money can be redeemed in the form of an Amazon gift voucher, or, alternatively, can be donated to charity.

Once the strategy was in place, Fuzz and SuveyMonkey brought together a team of designers, product managers, and developers. Marker pens in hand, they went through a series of brainstorming sessions, refining concepts, and then bringing those designs to life in beautifully developed interfaces to revolutionise the act of ticking a box. The final concept made everything exceedingly simple yet delightful, from onboarding to redemption. Suddenly, the whole process of taking a survey is transformed into a game with real prizes. Present it all with a boldly colorful aesthetic and guide users with playful animations and cheeky copy, and you’ve got a winner. 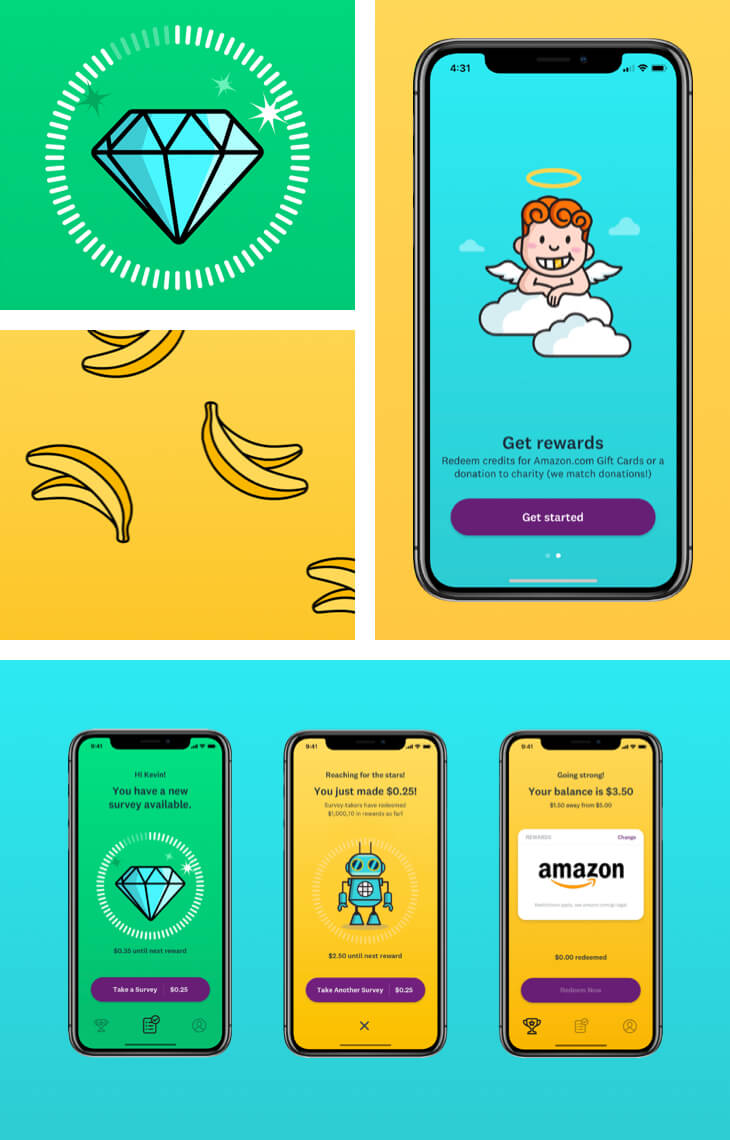