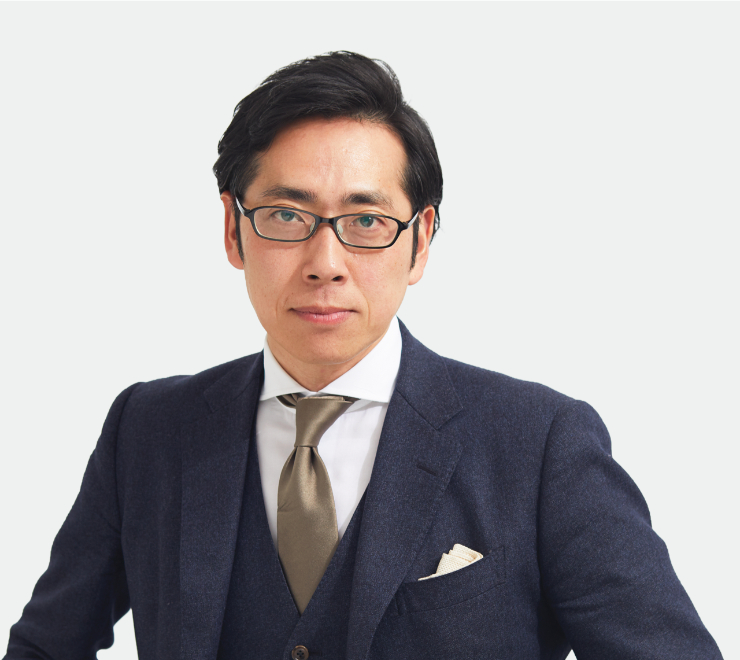 As a new hire, he joined the IT outsourcing department at Comtech Co., Ltd. and took on a PMO position for establishing new systems and a call center. In 2001, he moved to Intelligence Co., Ltd. (current Persol Career Co., Ltd.), and headed the PMI for the JV with Serve Web Technology Co., Ltd.,. From March 2009 until 2011, he engaged in strengthening the company’s staffing agency division (current Persol Process & Technology Co., Ltd.); a counterbalance strategy to the then turbulent Lehman Shock. In 2013, he was appointed COO of Persol Process & Technology Co., Ltd., and moved on to be CEO in 2014. Through vigorous promotion and revision of M&A activities as well as the company’s products, prices and clientele targets, he oversaw the company’s sales which tripled over a mere span of five years. Within four months of working at SMS CO., LTD in March 2018, he was appointed as CEO; promoting medical care, healthcare developments as well as group management. In 2021, he was appointed as CEO at Persol Innovation Co., Ltd. to promote innovative business using digital technologies.