Kagoshima Bank is a regional bank, with its main branch located in Kagoshima City, Kagoshima Prefecture. Its corporate philosophy is “giving back to the community,” and it is known as a bank deeply conscious of its ties to the local community.

The smartphone payment app “Pay-don” is a cashless payment service for the bank’s customers. It was first implemented in the 14 shops in the cashless commercial facility, “Yocado Kagoshima,” which opened in June 2019 in the annex of the new Kagoshima Bank Head Office building, and is currently in the process of expansion.

Apart from handling the app development, Monstar Lab also provided support for various stages throughout the process, from design to implementation to testing to release.

In addition, developing the app in time for the opening of their commercial facility was an absolute requirement on their business roadmap. Thus, there was no room for any sort of delays in the process.

We made creative efforts to incorporate differences in iOS and Android into the design, technology selection, etc. for the app, and implemented a system that allowed us to provide quick and accurate responses to any questions posed to us by the Kagoshima Bank in-house development staff.

We were also able to provide support for the release of the app, including app testing, measures for app store evaluation, and countermeasures in case of rejection.

We were able to launch the app in time for the opening of the commercial facility, and many customers are using the service. The facility sees many elderly customers, despite it being entirely cashless, and we have heard that use of the app is increasing steadily amongst the local community.

Our transmission of mobile app know-how through the development process has also allowed the Kagoshima Bank to conduct additional development on the app on their own. We will provide ongoing support, however, for the implementation of new features, adaptation to OS updates, and more. 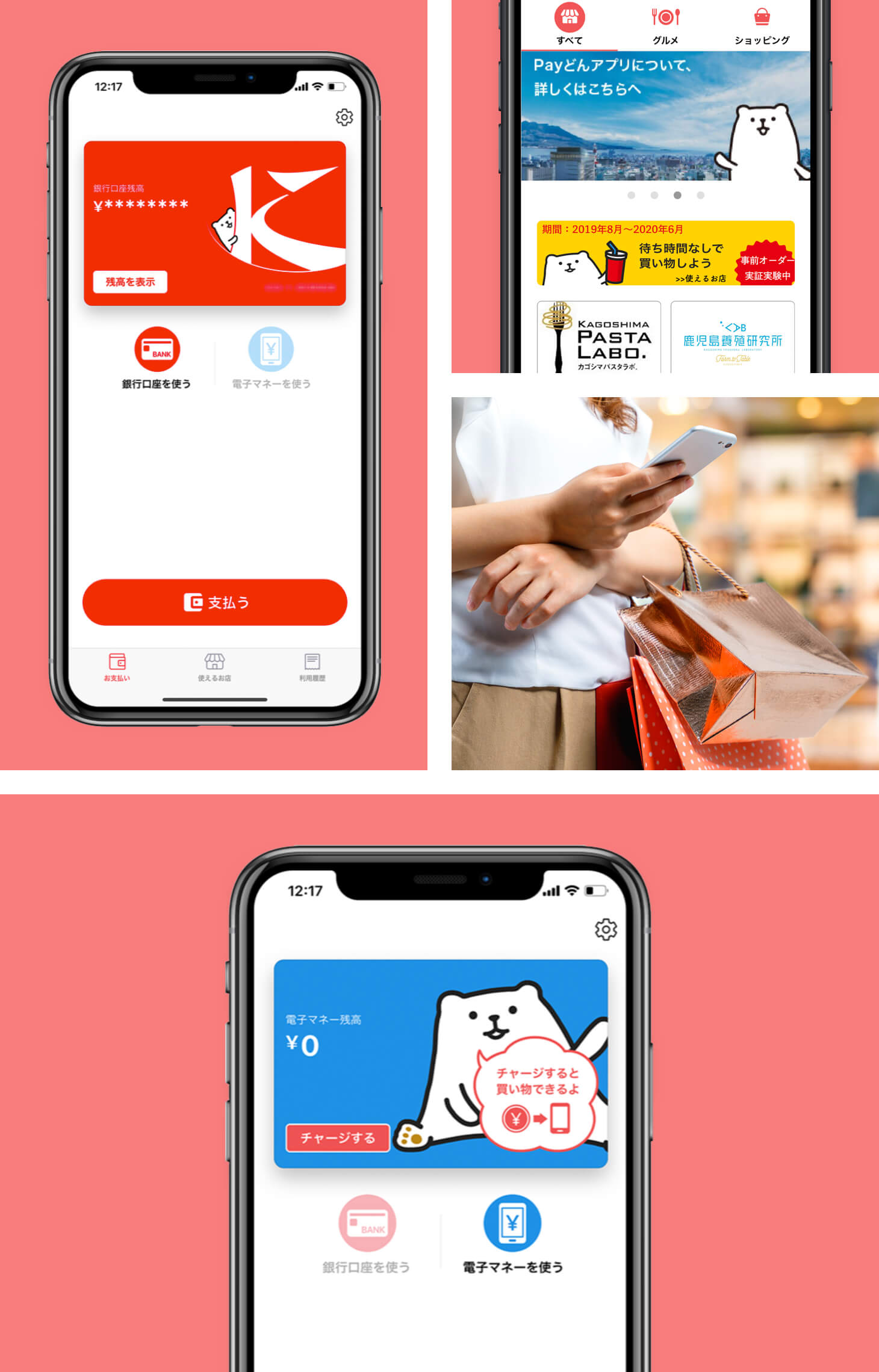